Instructor
Please allow some extra time for shipments as a result of Covid 19.

Strategy and fitness activity thatadds a competitive element to stacking 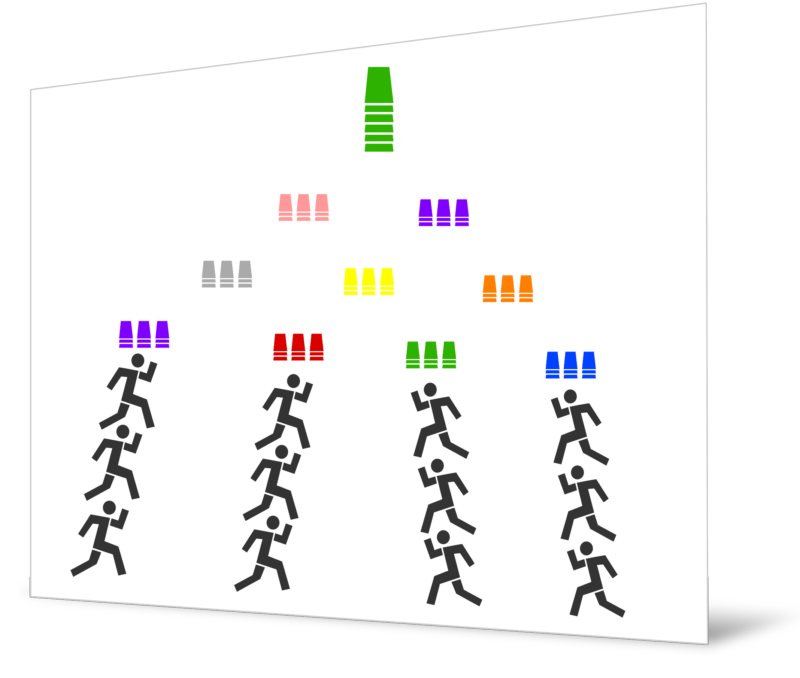 The object of March Madness Final 4 is to be the fastest stacker through the first, second and third row reaching the Jumbos first.

To play March Madness Final 4, separate your stackers into four lines placed directly behind the first row of four sets. On the ‘go’ signal the first four stackers begin upstacking and downstacking the first row of 3-6-3. Since there are only three sets of Speed Stacks in the second row, the first three stackers to finish stacking will move up and begin stacking. The slowest stacker simply returns to a line and joins in when it’s their turn. The remaining stackers in the game continue stacking and moving up the ranks until the fastest stacker reaches the Jumbo cups. The fastest stacker gets to stack one of the Jumbos into the designated pyramid or tower. The next round of stacking begins on the instructors ‘go’ signal. The fastest stacker returns back to a line to resume play.

We offer a few different options for printing. Select the items you need below: